All eyes may be on Russia and the FIFA World Cup right now, but for the future hosts of one of the world’s biggest sporting tournaments preparations are already well underway, with the 2019 Rugby World Cup (RWC) taking place across 12 Host Cities in Japan from late next September.

Representatives from a wide selection of these cities and their destination marketing organisations (DMOs) were in Cardiff recently to gain practical insights from an iconic 2015 RWC Host City and promote their destinations to British rugby fans ahead of next year into the bargain. 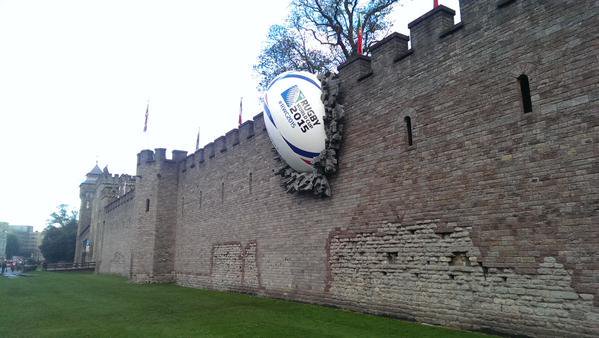 Delegates from Hokkaido to Kyushu listened as experts from Cardiff Council and the Welsh Government (fresh from supporting the Volvo Ocean Race in the city) outlined the joint ‘Team Wales’ preparatory work invested in Cardiff’s successful bid to stage eight games (including a quarter-final) of the 2015 Rugby World Cup (otherwise hosted in England).  As well as specific multi-agency city operations asks (e.g. policing and traffic management) the bid included marketing support undertaken by a City Steering Group to generate impact from the event.

The briefing session for Japanese Host City representatives also heard about the ‘business as usual’ measures put in place to ensure that staging the tournament in the city did not negatively impact on citizens or businesses and their daily activities, with communication among stakeholders as the one key ingredient to deliver a successful event to mission:

To facilitate a ‘one city’ approach to delivering the IRB Rugby World Cup 2015 event at the Millennium Stadium; supporting the delivery of the 2015 Rugby Festival Programme in Cardiff; ensuring a safe and treasured celebration of sporting excellence for all residents and visitors and an unrivalled professional event delivery solution for England Rugby 2015, its officials, teams and associated sponsors.

Held in Cardiff’s majestic City Hall, the briefing covered the range of messaging activities undertaken by the Host City Marketing and Communications Group to promote Wales as a destination, such as the highly memorable embedded #ballinthewall feature (above) at Cardiff Castle which went viral across social media in hours.

Leveraging these activities and engaging across territories globally, Wales was able to secure close to half a million ticket sales for the games, with over £82m direct spending by match-goers into the Welsh economy.  Ultimately this successful experience stood the Welsh capital in good stead to host the 2017 UEFA Champions League Final (also at the Millennium Stadium), delegates heard.

After visiting The Vale resort, a 2015 Team Base for visiting teams, JLGC and JNTO staff attended the following day’s Visit Japan event held at the equally majestic National Museum Cardiff to promote the Host City regions and their DMOs to rugby-going travellers.  Held alongside the opening of the museum’s ‘Kizuna’ exhibition of historic links between Wales and Japan, members of the public were able to learn more about what these diverse regions have to offer in 2019 beyond the games.

JLGC would like to thank Kathryn Richards (Cardiff Council/Visit Cardiff) and Gwilym Evans and Helen Butler (Welsh Government Major Events Unit) for their valuable insights at the seminar.