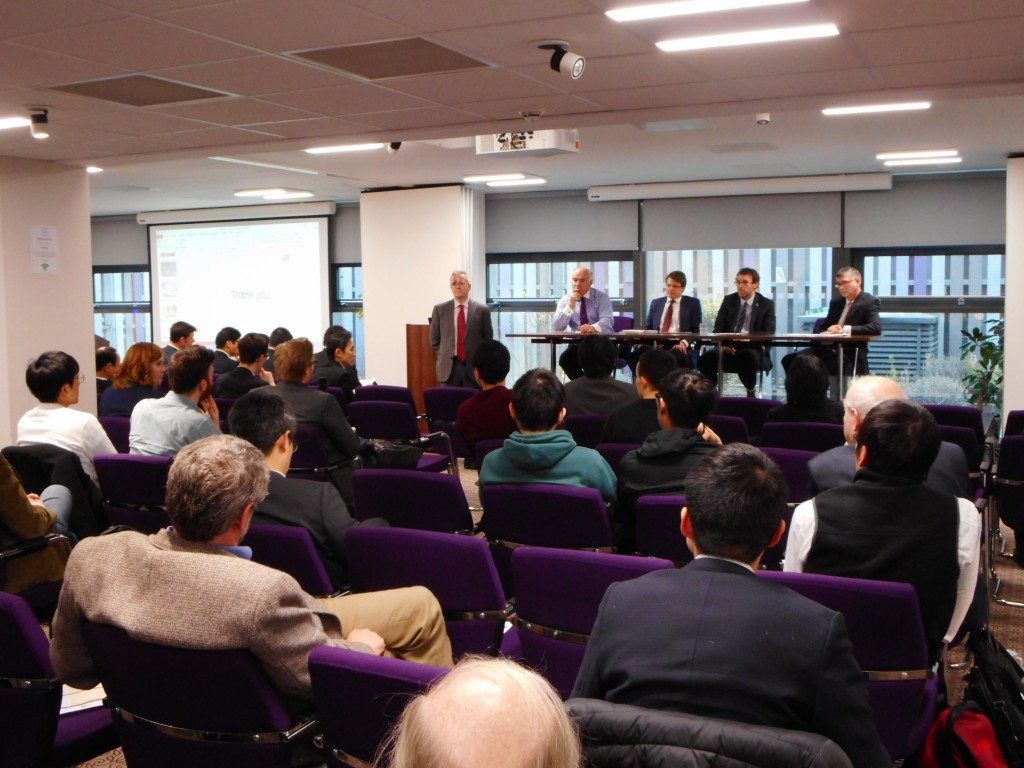 On March 9, JLGC held its annual seminar with the theme being Japan’s high speed rail infrastructure and lessons that the north can learn. In recent years the event had been held in London, however, it was only fitting that given the event’s theme that this year’s seminar was held in Sheffield joint-hosted by The University of Sheffield School of East Asian Studies. A diverse audience of over 70 guests from the south as well as the north gathered at the Inox suite, including academics and professionals related to local government, rail and Japanese organisations.

The University of Sheffield’s Dr Peter Matanle, who has for a long time held close relations with JLGC and Japan, was our chair for the day. His brief opening paved way for a warm welcome from Professor James Wilsdon, Director of Research and Innovation, Faculty of Social Sciences at The University of Sheffield, followed by a few words from JLGC Director General Yoshiyuki Kurono. 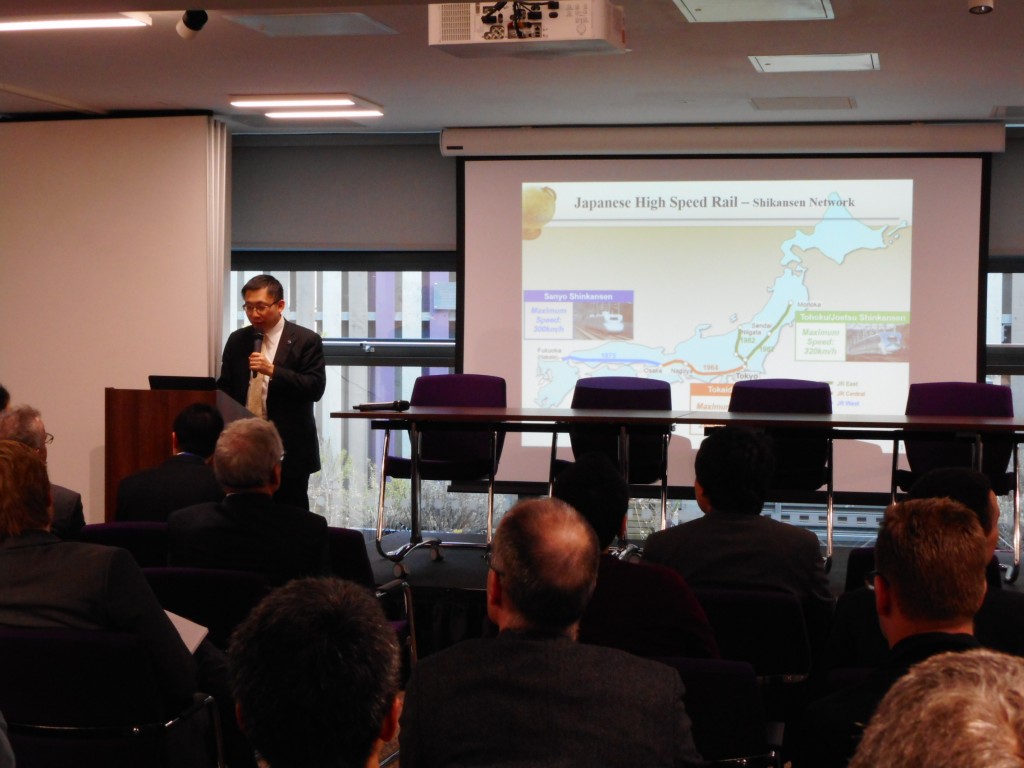 The first presentation of the seminar was given by Minister Jotaro Horiuchi. He opened with a brief history of the Shinkansen bullet train network and also gave the audience a hint of what is to come with various future projects such as the cutting edge Maglev train. In order to give an idea of the impact a Shinkansen line has on a region, he gave examples of how the Hokuriku Shinkansen transformed Kanazawa City and Nagano City thanks to years of planning and cooperation between local governments, central government and businesses. His main message which resonated throughout his presentation was that the effects of success come from a combination of opportunities, strategy and action, with the minister believing that HS2 can be a great asset for the north provided the necessary preparations are in place. 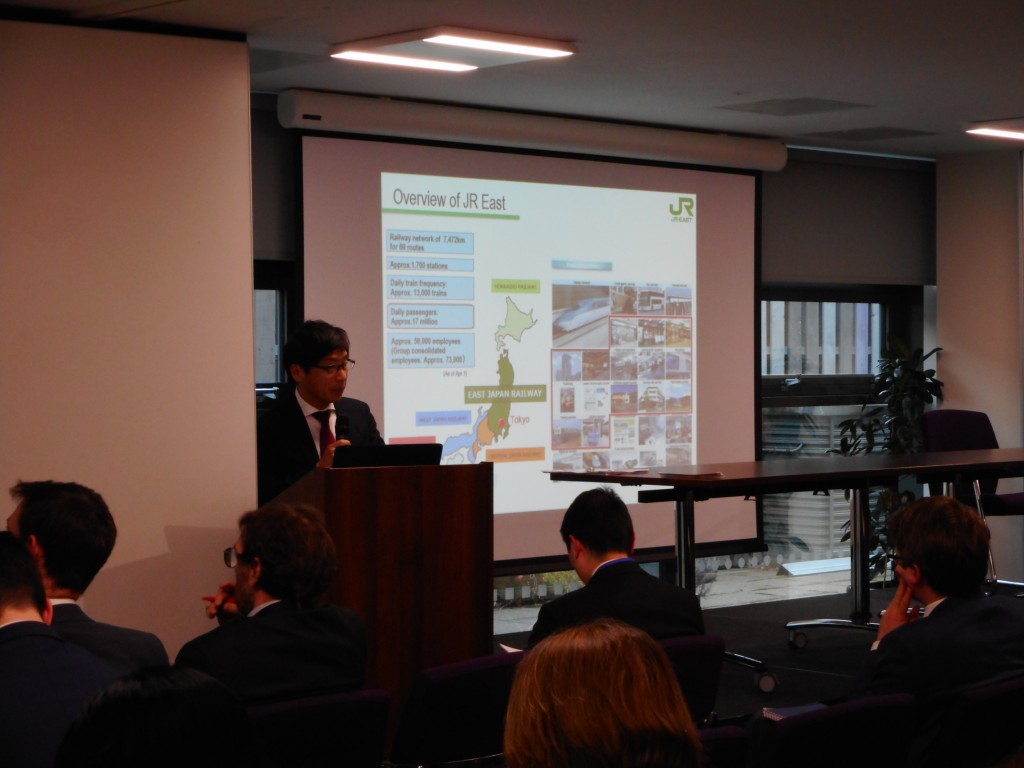 Susumu Nagawa from East Japan Railway Company (JR East) gave the second presentation of the day. His presentation looked at the company’s influence on communities and regional revitalisation and being a specialist in JR East’s non-rail business, Mr Nagawa showed that a rail company can be more than just transport. Japan’s rapidly aging population and low birth-rate issues have been well documented, and Mr Nagawa gave an insight into JR East’s strategies for the worst affected regions – Akita Prefecture and Aomori Prefecture. These strategies entered the realms of town planning to help reshape the cityscape to be more compact and attractive. With permission and cooperation from the local authorities they were allowed to proceed with various developments, one of which was a cider factory to help boost the number of visitors while raising the profile of the local produce. JR East’s business diversification is a reaction to the changes in society and although primarily a rail company, they understand clearly that people are more than just passengers.

The two presentations by the guests from Japan were both proceeded by discussion panel sessions to hear the thoughts from the UK side. The panels consisted of academics, local government and private sector transport specialists of which all were very passionate about ensuring the success of HS2 and overall improvements to public transport in the north –  particularly regarding better east-west connectivity. Having heard the steps Japan went through for a successful Shinkansen network, the panellists were particularly eager to know more about the political climate between central and local governments for the collaboration on rail development projects.

The final session gave a brief amount of time for the Japanese speakers to answer questions raised during the panel sessions. Unfortunately, the speakers were short of time to provide answers to everything asked as the event drew to a close. It was clear that colleagues from both the UK and Japan wanted to continue the discussions and the reception that followed was the perfect opportunity for further reflection and comments on the day’s seminar.