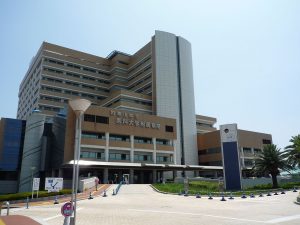 In Japan, when someone requires emergency treatment, an emergency call is placed and an ambulance is promptly dispatched to the scene. There, depending on the patient’s condition and care needed, paramedics decide which hospital to take them to. However, after arrival and once some medical testing has been carried out, it may be that the hospital where the patient was taken lacks the structure to provide appropriate treatment, in which case patients must then be transferred to another medical institution where more advanced treatments are available.

Wakayama Prefecture realised a new approach to emergency care was necessary and understanding the problems that were plaguing local medical care, particularly emergency transport, was essential in order to see why the prefecture’s efforts to improve the system were needed. It looked at the transfer process organised by the initial hospital and the one where the patient is then taken, which naturally involves information sharing between the two facilities regarding the patient’s condition.  It was decided new tech needed to be adopted to make sure emergency patient data was safely and securely transferred.

Before recent system reform, information was mostly communicated over the phone, which meant accurately describing a patient’s condition and symptoms could be difficult, leading to cases where patients were unnecessarily transferred to other hospitals.

Furthermore, in cases where a transfer was truly necessary, test results such as MRI and CT scans were transported to the next hospital, together with the patient, using old-fashioned data storage such as CD-Rom optical disks. Once the patient and data had both arrived, only then could the time-consuming process of selecting a course of treatment and assembling a team begin, which suggested that the inter-hospital communication system was in dire need of an upgrade.

The “Remote Emergency Support System” introduced was the first of its kind in Japan. This system uses an application called “Join”, developed by the Japanese company Allm, which allows users to exchange text messages and images in a similar way to WhatsApp. One of the features of this system is that it also enables users to access a Picture Archiving and Communications System (or PACS), where medical data about patients such as MRI and CT scans are remotely stored on the cloud, allowing medical staff to share such data directly through the application chat function. Access to the system is of course strictly regulated in order to protect patients’ privacy. By using this application and sharing medical information ahead of patient transfers, the recipient hospital can confirm the need for transfers, and decide on a course of treatment and start preparing before the patient’s arrival.

13 medical institutions in Wakayama Prefecture are part of this system’s network, covering most of the prefecture’s area. Since the trial began, the system has already started yielding results and the processing time for transferring emergency patients between hospitals has been reduced by over 60 minutes, which has no doubt proved crucial in saving more lives.

The Remote Emergency Support System, however, could not have been set up through the efforts of the local authorities alone. The emergency medical staff of Wakayama Prefecture and the system developers, with their innovative idea for emergency services and their concerted efforts, made the creation of such a system possible. Thanks to the work of these skilled professionals residents in Wakayama Prefecture can have confidence in local emergency services. 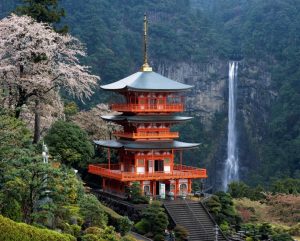 Wakayama Prefecture is located on the Kii Peninsula, the largest in Japan, situated in the Kansai region, home to Osaka and Kyoto. A third of Wakayama’s one million population is concentrated in its prefectural capital, Wakayama City. Thanks to its warm climate and its rich natural environment, Wakayama produces more fruit than anywhere else in Japan, especially mandarin oranges, persimmons and plums. Aside from the agricultural sector, Wakayama Prefecture also has thriving forestry and fishing industries and is renowned for its tuna production, which is extensively used in Japanese cuisine either grilled or as an ingredient for soup stock. In terms of attractions, the Sacred Sites and Pilgrimage Routes in the Kii Mountain Range, which include the three Grand Shrines of Kumano (Kumano Sanzan), were designated as World Heritage Sites in 2004 and attract many tourists every year. Visit Wakayama website provides more information on the prefecture