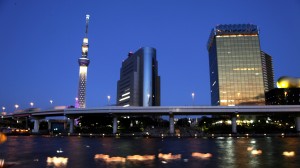 In an increasingly connected and mobile world Tokyo works hard to get across its message and offer to investors, business, tourists and talent as one of the great cities of the world, and, to clarify Tokyo’s policy direction on city diplomacy, Tokyo Metropolitan Government (TMG) agreed Tokyo’s Basic Strategy for City Diplomacy in December 2014.

Based on this strategy, TMG promotes practical and substantive cooperation, including city-to-city diplomacy for exchange and cooperation with friendship/sister cities and other cities/states as well as multilateral city diplomacy pursued through international networks and participation in international conferences.

TMG has a range of channels and regularly issues an English email newsletter, which is sent to major cities abroad and embassies and representative offices in Tokyo, to introduce Tokyo’s advanced policies and initiatives, as well as the city’s natural and cultural attractions, to people around the world.

WHAT’S UP is a regular newsletter sent out to colleagues in cities around the world and back issues can be seen here on the TMG City Diplomacy website, where various interviews and articles are introduced. TMG has a strong focus on environmental policies, some of which are reflected in comments from the following article by Governor Koike published in Newsweek (full article can be read here):

“Tokyo is working toward the realization of a hydrogen-based society. During the Tokyo 2020 Games, hydrogen produced in Fukushima Prefecture using renewable energy will be used in parts of the Olympic and Paralympic village. Together with the other cities of the world, Tokyo will be laying the groundwork for the full utilization of green hydrogen.

The third action is the revitalization of Green Finance. Tokyo began issuing Green Bonds in 2017, which were the first of their kind in Japan.

In 2019, we established the Tokyo ESG Fund and now we are working to establish the Sustainable Energy Fund, which will target projects such as renewable energy power plants, hydrogen stations and clean energy supply infrastructure. With these, we are working to bring about a Tokyo Green Finance Market.

National governments have an extremely important role to play in achieving a carbon-free society, and I am looking forward to seeing what is achieved at the U.N. Climate Change Conference (COP26) in Glasgow this year.”

Another channel featured in a recent edition of WHATS UP, TOKYO UPDATES, highlights a variety of information with articles ranging from interview to editorial contributed by prominent figures, journalists and independent writers. TOKYO UPDATES is unique in its aim to observe the city of Tokyo through a variety of perspectives, including through the lens of TMG and the people living and working in Tokyo.

One example of various perspectives is Tokyo Calling: What Japan’s capital shares with London. Updates and news articles can also be seen on Facebook, Twitter and Instagram.