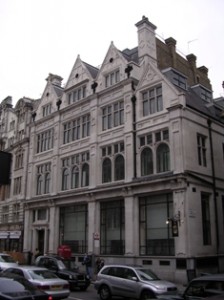 JLGC staff were sad to learn of the passing of Chris Watson, Honorary Senior Lecturer at the University of Birmingham at the end of 2019.  Chris was a great friend to the office, supporting Japanese local government visits and colleagues from Japan’s Ministry of Internal Affairs and Communications, as well as being involved in JLGC’s three-month international course for local government officers in the UK run in partnership with the University.  From 1982 to 1994 Chris Watson was the University of Birmingham’s Director of International Affairs and from 1992 to 2002 Director of the University’s Japan Centre.  Chris was also instrumental in the relationship between Shizuoka Prefecture and the West Midlands local government partnership agreement from 2001, and a regular attendee at JLGC’s annual Japan Day Seminar (latterly JLGC Seminar).  Chris was actively supportive of JLGC activities over many years and will be greatly missed by all here who knew him during their time seconded and working in the London Office.

As part of annual staff training programme for Japanese local government officers seconded to London, JLGC visited Peterborough and the city council-owned urban regeneration company Opportunity Peterborough responsible for Peterborough’s economic development, to get an overview of the city, its economic development efforts and sustainability.  Staff there gave an explanation of Circular Peterborough, a programme to achieve sustainable regional economic development which aims to apply circular economy principles at the city level. The programme is about making the most of the resources held locally, supporting economic resilience, developing strong communities and increasing environmental sustainability, with the aim to be operating as a truly circular city by 2050.  Japanese local authorities are tackling similar issues, especially away from the major metropolitan centres, particularly those areas seeing decreasing populations.

As part of its annual programme, the office promoted the JET Programme at Aberystwyth University on the faraway west coast of Wales. Some of the participants on the day were considering applying for JET this year, and asked about the interviews process, life in Japan for participants, and careers after JET, with explanations based on experiences given by JLGC local staff still working with alumni and those returning from the Programme.  A careers fair was also attended by office staff at the University of Hull, in advance of the deadline at the end of November.  There are currently 560 UK citizens living and working on the programme in local authority schools and city halls throughout Japan (the second-highest numbers of nationals after the US), with a total of 5,761 participants from 57 countries across the globe this year.

Ishikawa Prefecture was one of the Japanese local authorities exhibiting with a sightseeing booth at the World Travel Market (WTM), Europe’s largest travel trade fair, celebrating its 40th anniversary this year in November. The fair, which began in 1980, has now attracted more than 50,000 attendees, with approximately 5,000 booths in 182 countries. JLGC based staff from Ishikawa created high-quality content to allow travel and tourism industry professionals to expand their networks and conduct business directly with businesses in the prefecture, creating opportunities in the region on the northern coast of Honshu, Japan’s main island. In relation to tourism PR, the lasting impression this year was that freelancers such as Youtube bloggers increased significantly boosting advertising sales in magazines and television, a big change in the current travel advertising sector.

Ishikawa Prefecture partnered with a London retailer to showcase arts and crafts by local designers in the capital.  Wagumi is a design shop based in the Oxo Tower on London’s Southbank. Owned and produced by Lives Inc from Japan, it aims to showcase the best in Japanese design and crafts – and in so doing assist small producers, bring new life to traditional aesthetics, and support fresh ideas in design.  The ‘Ishikawa Celebration’ also sells a range of online products such as ceramics, woodwork and quintessentially Japanese chopsticks all produced by Ishikawa artisans.  JLGC helps local authorities throughout Japan to increase their overseas activity showcasing local produce and crafts, in partnership with a range of outlets such as Heal’s department store on Tottenham Court Road, which showcased a range of furniture from Gifu Prefecture.  London’s expanding Japan Centre chain of outlets which sells foodstuff from all over the country also has a regular season of regional goods such as the Maniwa Food Fair, organised with JLGC staff.

Research visit to Northallerton on welfare and dementia

In December JLGC staff travelled to Yorkshire and the Northeast, to investigate the role of charity organisations in welfare for the older residents with particular focus on dementia measures.   Clare Jones, a participant of the 2017 JST (Japan Study Tour to Shizuoka City), supported the visit.  Clare is an Occupational Therapist in Tees, Esk and Wear Valleys NHS Foundation Trust who visited an elderly welfare organisation in when on JST. Clare’s post-tour connections have included best practice exchange with Japan and organisations improving services, including introducing nursing care robots and providing ongoing training opportunities to staff.  JLGC staff were also able to meet with local government officials at the county level who explained how welfare services are developing in the area. Locally, there are also charity organisations who are used to outsource some services.  Looking at the sustainability of charity organisations and reliability, as well as discussions on the situation in Japan made the visit a valuable opportunity to learn about many mutual challenges as well as good practice.

JLGC staff visited Leicester at the end of November for a joint study day with colleagues at the city council on a range of topics.  The first part of the day was hearing from Leicester’s Festivals and Events’ Theo Crew talking about activities during England’s Rugby World Cup 2015 and Leicester’s role as host city for some of the matches, particularly around organisation of the Fan Zone.  There then followed a session with Smart Cities Programme Manager Matthew Clifton about local initiatives, particularly on ageing society, an issue which Japan has been experiencing now for some years.  The Smart Cities programme looks at data in the local authority area to see how older citizens can be supported more effectively.

There then followed a session at the University of Leicester where JLGC staff gave a presentation on open data in local government in Japan, with examples given on using data for monitoring flu outbreaks in local areas, apps for emergency locating of defibrillators in a locality and supporting bus usage for people with visual impairments.  There was also a discussion identifying some of the issues facing Japan over the quality of data and the standardising of formats.  Many thanks to all involved on the day for a great learning opportunity as well as exchanging best practice.